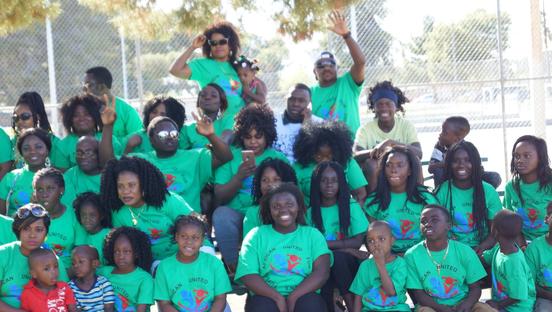 Let’s put
an end to
HUNGER
in Africa

On the 24th of December 1989, a civil war began in Liberia which displaced over half the country's population. Many of these people ended up in Refugee camps that were spread throughout the region. These camps, which housed many women and children, provided little in the way of good nutrition, education, or health services. Many of these people have now resettled in the United States, but because of a lack of education, they have had difficulty connecting with community resources, educational opportunities, and are not living to their true potential.

We hope to see our international members at the convention in Tampa, Florida

At AUCF, we believe that children should enjoy their childhood. Our after school programs provide children with a safe space to learn about themselves through play, self-expression, and new friendships. Our hope is that these children will learn how to communicate effectively across cultural boundaries, learn to appreciate our differences, and work on non-violent, co-operative ways of handling conflict.

​ Please click here for the pdf vision of the membership form

The African United for Children's Future (LUCF) is a 501(c)(3) non-profit organization started in 2006 to assist children displaced by natural disasters, war, and any political crisis around the world. Our founders, along with other dedicated and concern person came together to form an organization that would provide services and education in the areas of HIV/AIDS, domestic violence, substance abuse, teen pregnancy, criminal behavior, and other social issues affecting our youth. To that end, we have reached out to children affected by war and violence in their community to develop friendships through after-school programs.